Kirishima Higashi Shrine is located in the small neighboring village of Takaharu. It is located very high up and offers you a breathtaking view of Lake Miike. 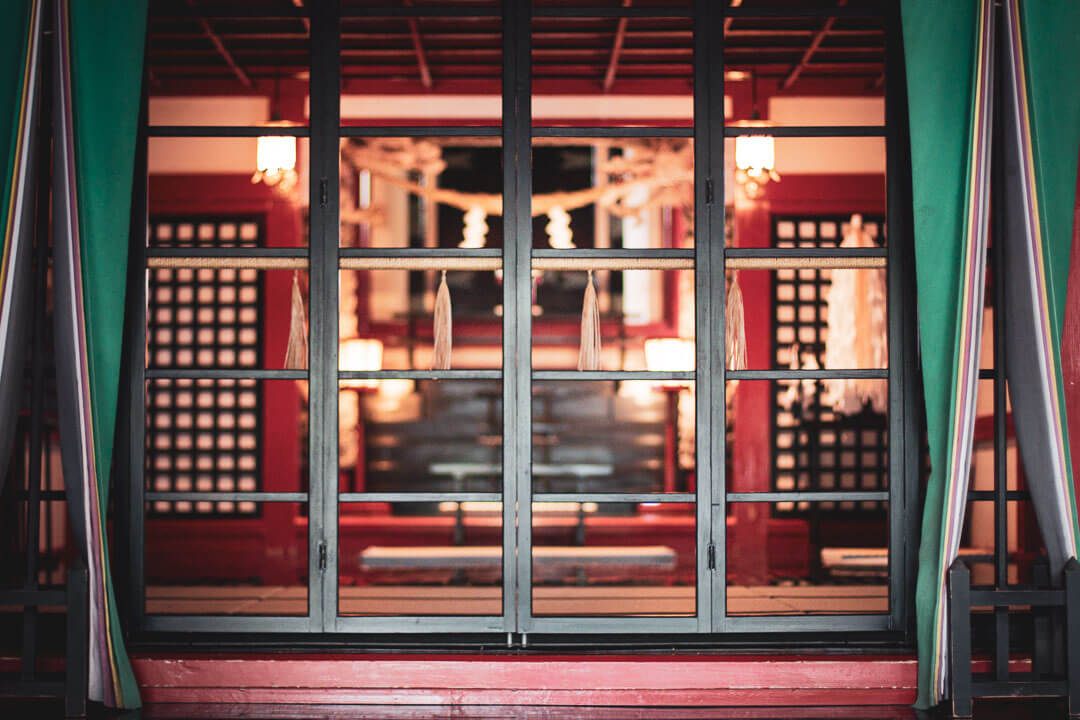 The shrine is dedicated to Izanami-no-Mikoto and Izanagi-no-Mikoto, the sibling deities who are said to have formed Japan. 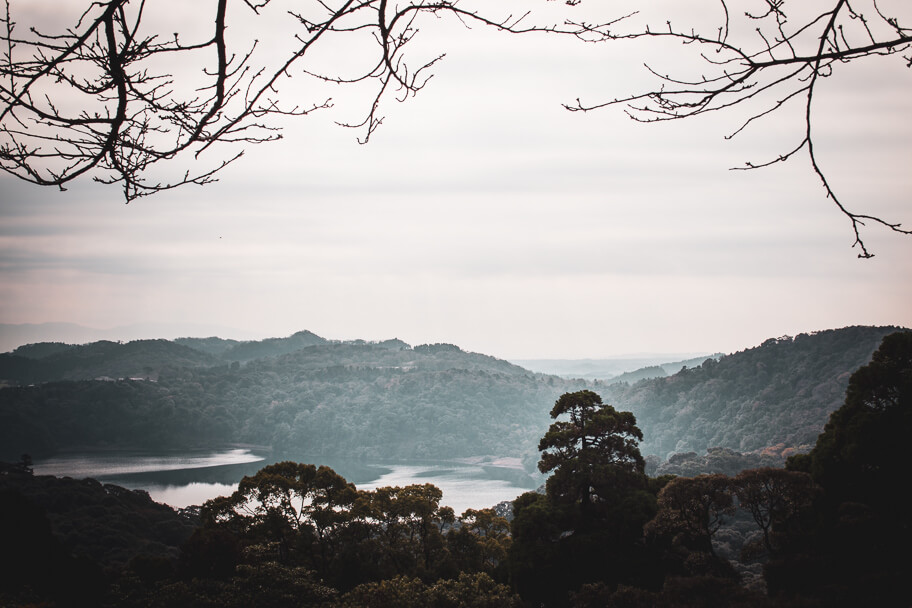 The view of the lake is stunning and the gigantic torii gate invites you to climb the steps that lead to the temple. The photos may give you a first impression, but the atmosphere here is quite indescribable and hard to convey with words. The shrines in this region have a mystical power of transporting you into another world, making you feel very humble in the midst of sublime nature. 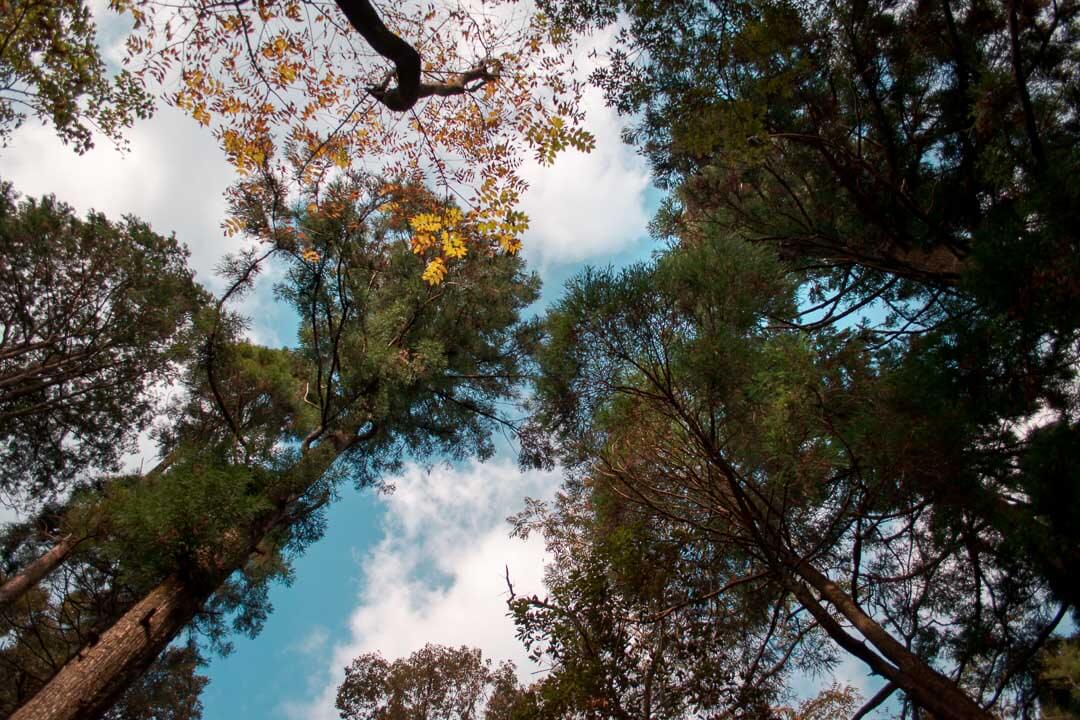 After you cross the torii, on the right hand side you can find a monument dedicated to a water spirit and a spirit of the earth. 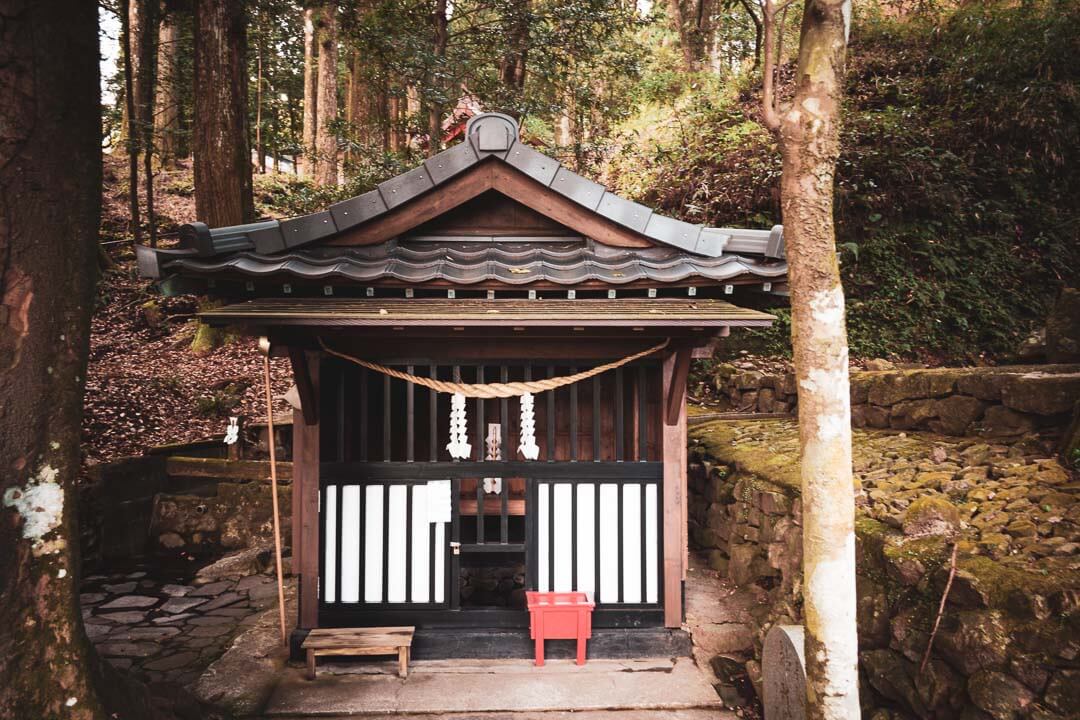 A bit further down, before the path winds up towards the main shrine, you will come across oshihoi, the resting place of Shinryū, a spirit dragon. The dragon watches over a well which is said to have special powers. But it is strictly forbidden for women to look into the well. As soon as the reflection of a woman shows on the water, it will lose its power. 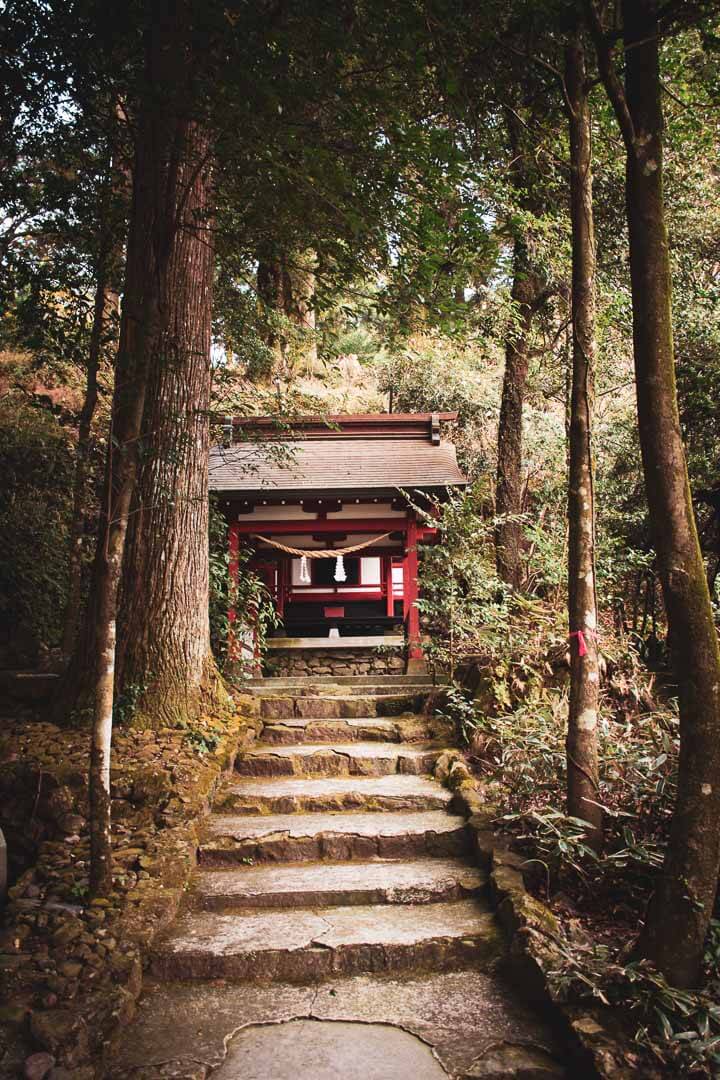 With each step along the stairway you delve a little deeper into nature, towards the main building of the shrine. Along the way you will find the temizuya, where you can cleanse your hand and mouth before entering the inner sanctuary. 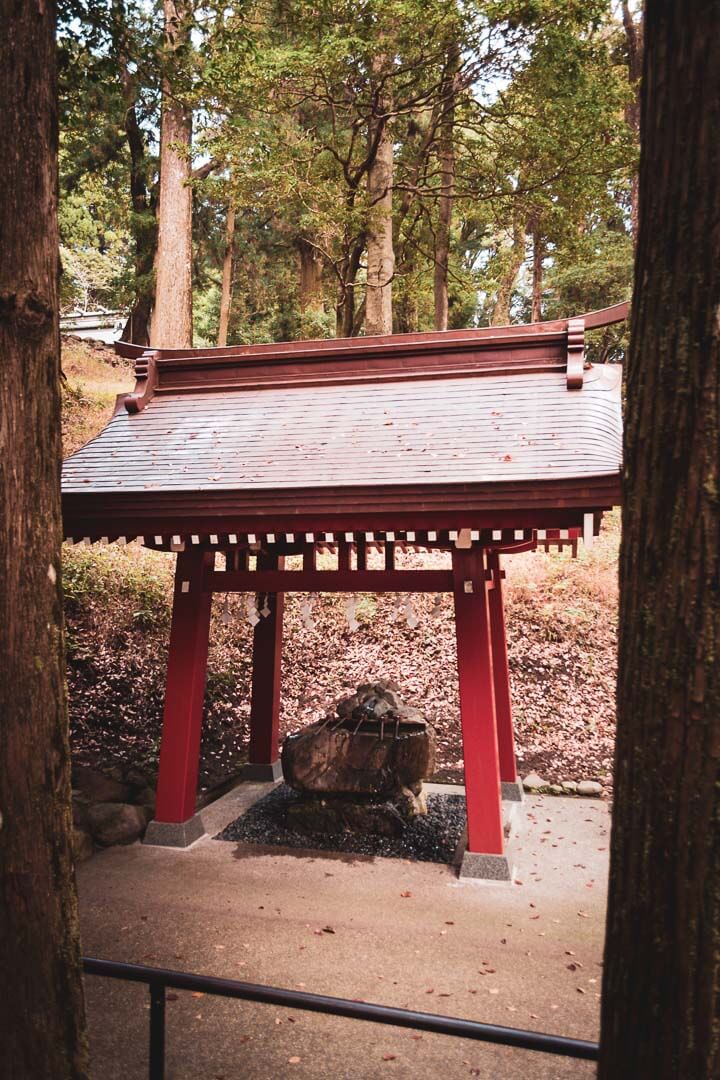 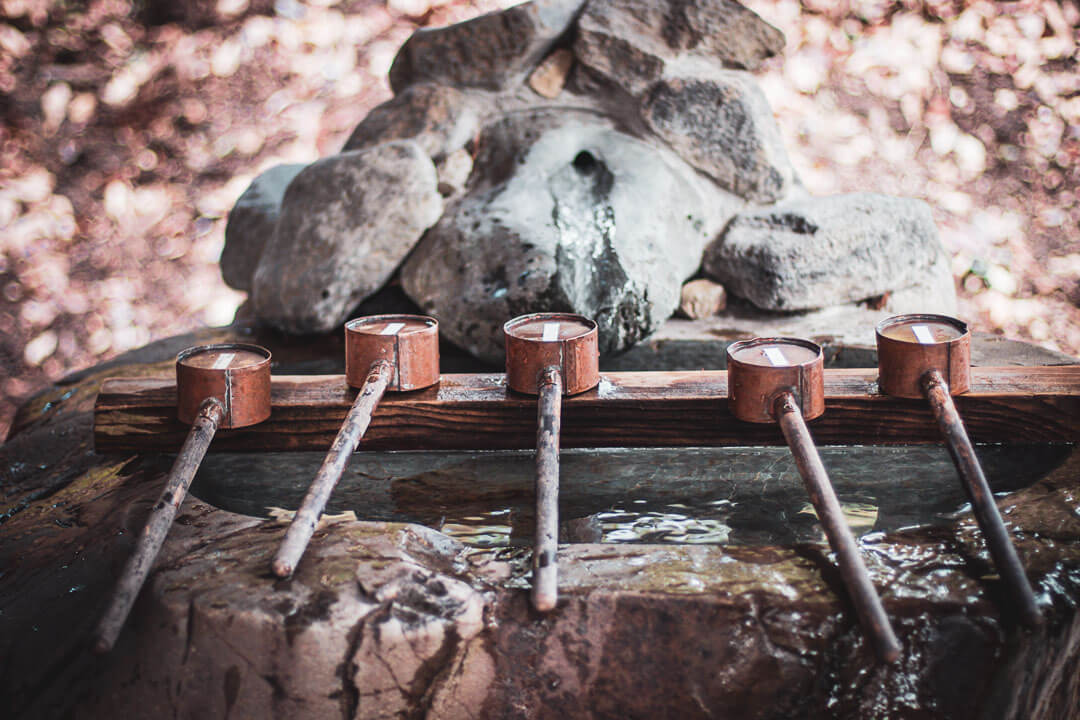 Before you cross another torii to the main shrine, there are two remarkable trees that function as a natural torii, so be sure to bow before passing through. 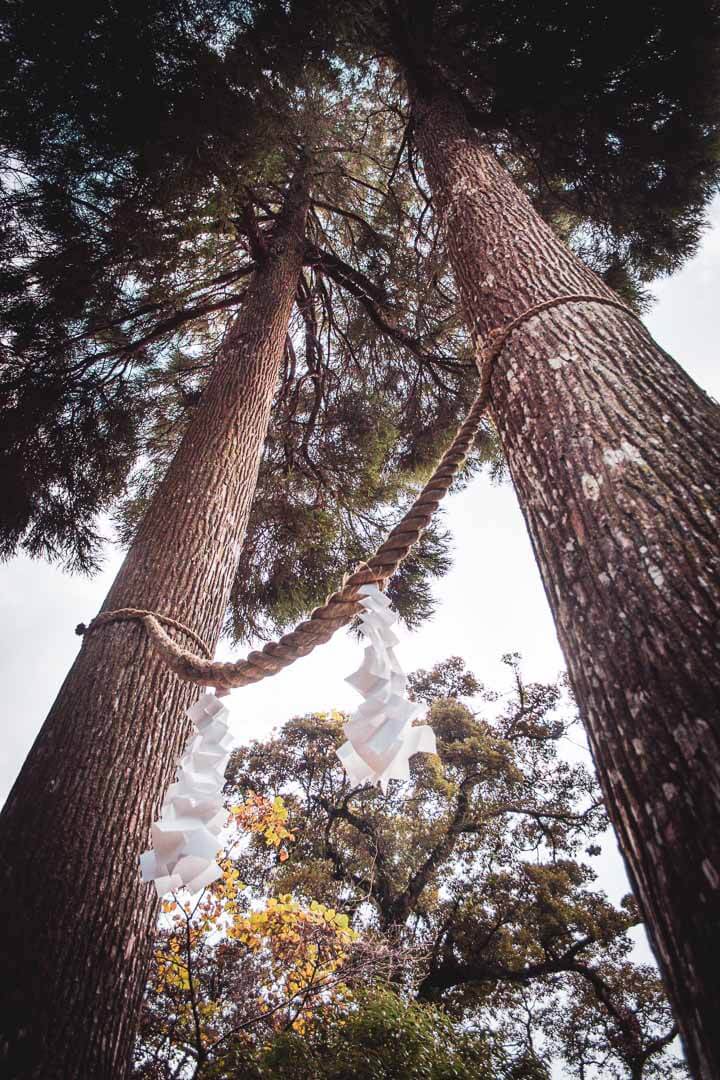 Passing through a beautiful gate, you enter the main complex of the shrine. Here you can find omamori and find out about your luck with omikuji. 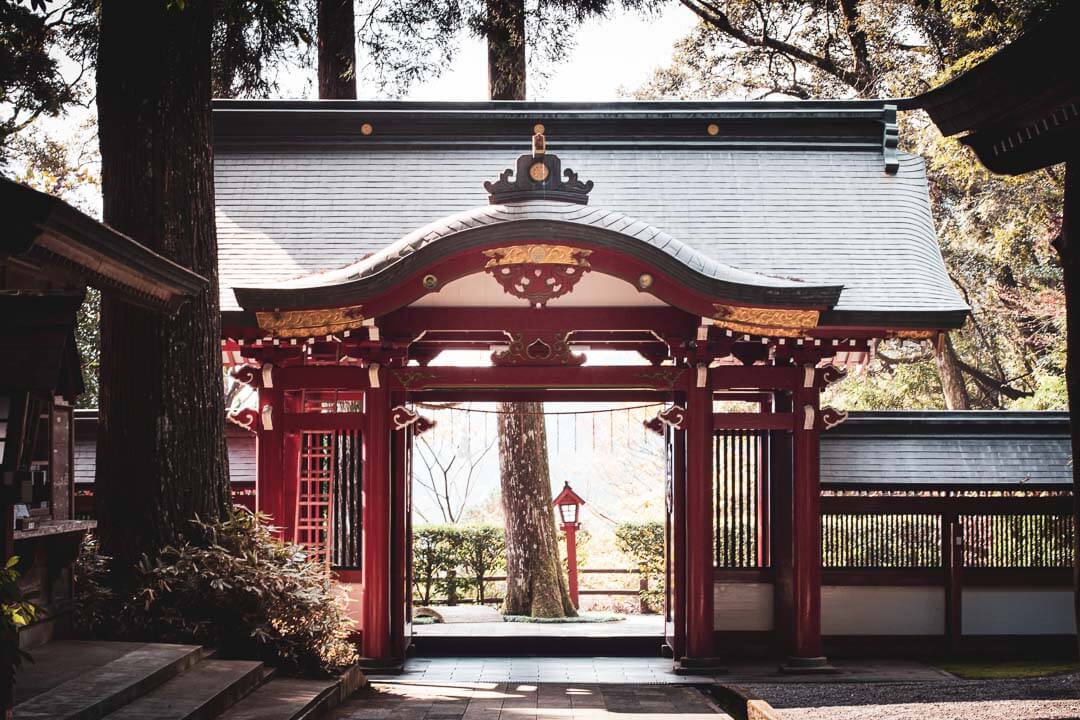 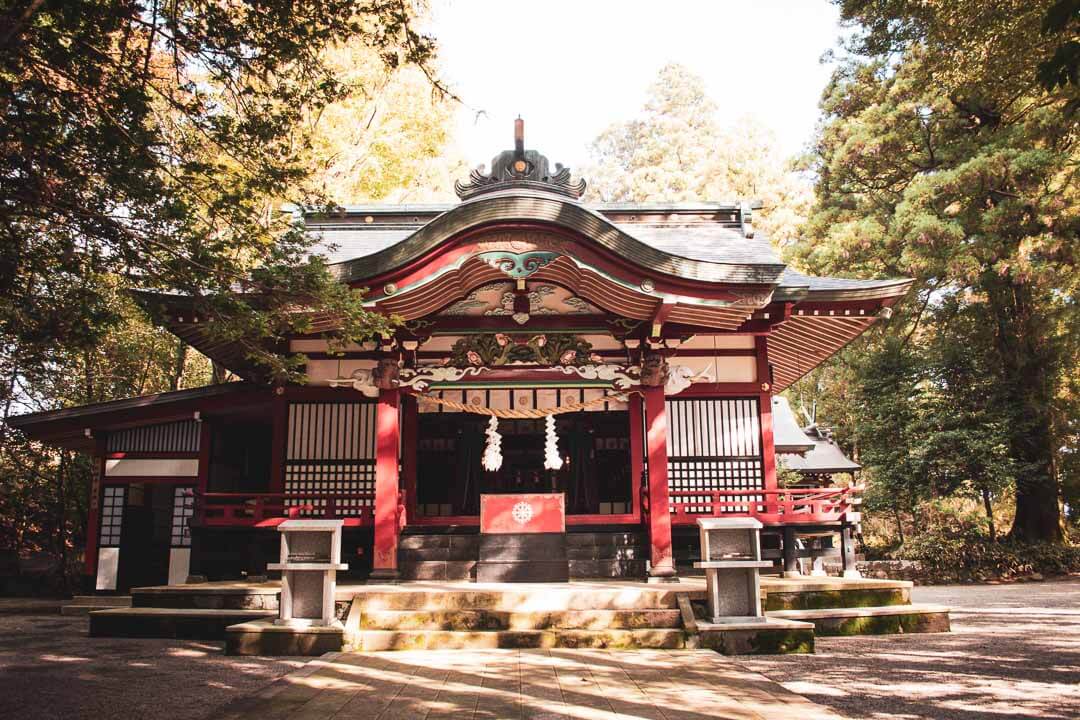 The main building of the shrine is beautifully adorned and features two rare elephants on the front pillars.

If you look around, you can find a Sakaki, a tree that is sacred to Shinto, that has started a second life decades after it fell victim to a vicious thunderstorm. This is nothing uncommon for Japanese cedars, but very rare for Sakaki.

The significance of this shrine becomes evident when you hear about its connection to Ama-no-Sakahoko, the sacred halberd on top of mount Takachiho-no-Mine. Ama-no-Sakahoko is one of the nihon san-ki, the three mysteries of Japan. It is said that it has been thrust into the top of Takachiho-no-Mine by the goddess Amaterasu’s grandson Ninigi-no-Mikoto (whose grand-grandson came to be the first Emperor of Japan, Jinmu Tenno). Ninigi-no-Mikoto is believed to have descended from Takamanohara  at the order of his grandmother to rule the human world. His descent is called tensonkōrin and signifies the start of Japanese history. 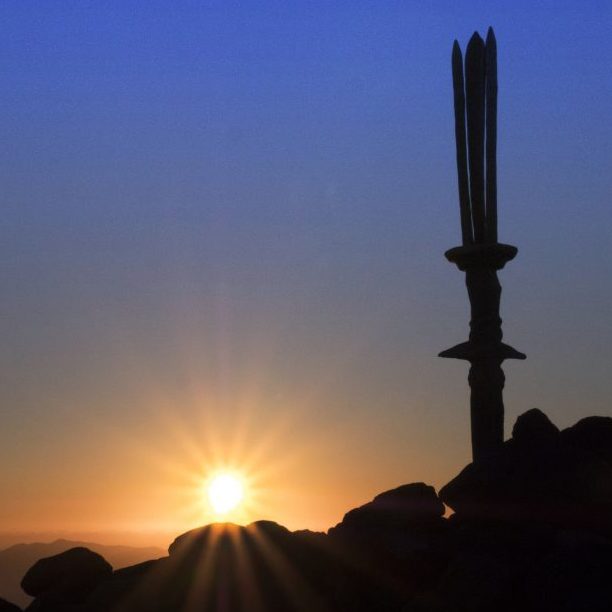