Kirishima Mine Jinja – A shrine dating back to the 6th century

Kirishima Mine Jinja is one of the oldest shrines in Miyazaki prefecture. Dedicated to Ninigi-no-Mikoto and Konohanasakuya-hime amongst others, the shrine is believed to be a power spot. 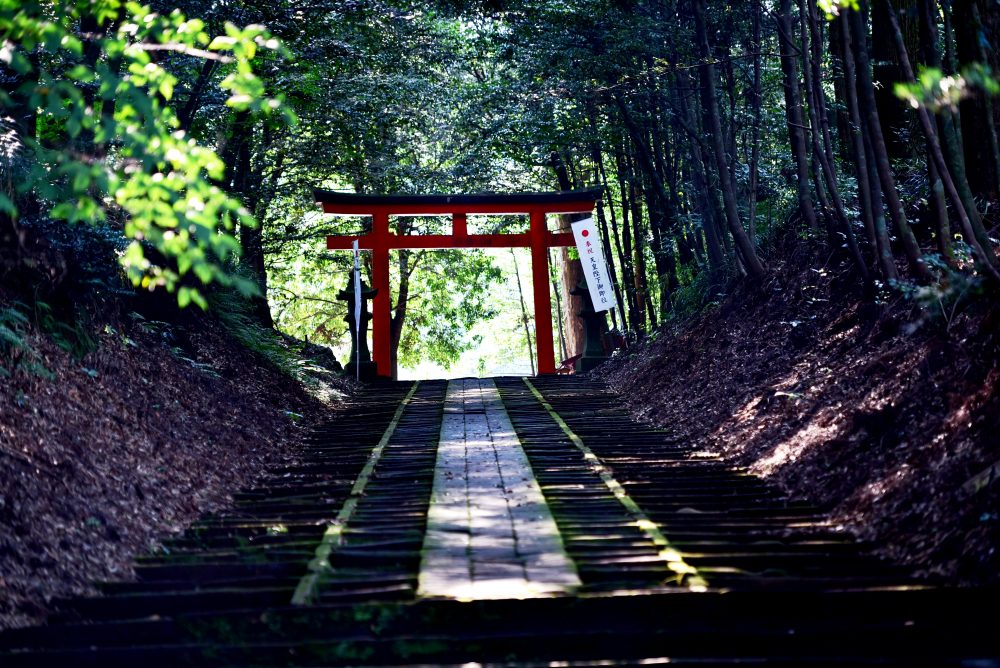 Walking up the long stairway through ancient trees to the shrine will probably make you feel like there was a strange power brimming in the air. The shrine’s roots are deeply entertwined with Japan’s mythology and various festivals and ceremonies are held throughout the year.

The Rokugatsudo in June is especially impressive with lantern lighting up the walkway to the shrine as well as the shrine itself.

Many ceremonies, like “Natsugoshi no Harai” are held throughout the year. Anyone is welcome to take part or just take in the traditional rituals. 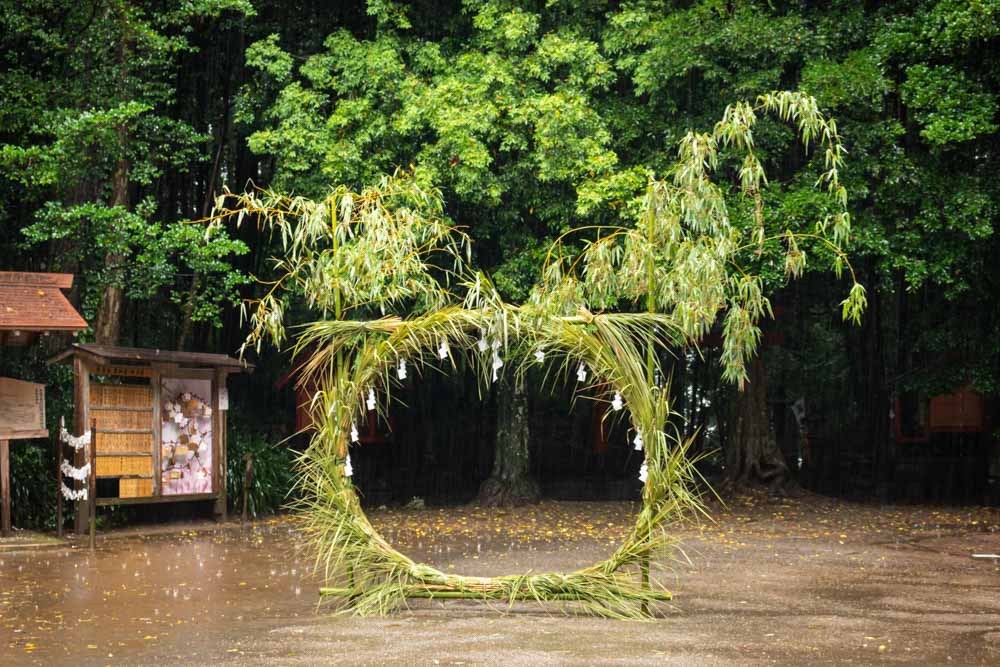 The “Chinowa” that can be seen at many shrines all across the country is part of the “Ooharai Shiki” that is held twice a year. Once at the end of June, once around New Year’s. 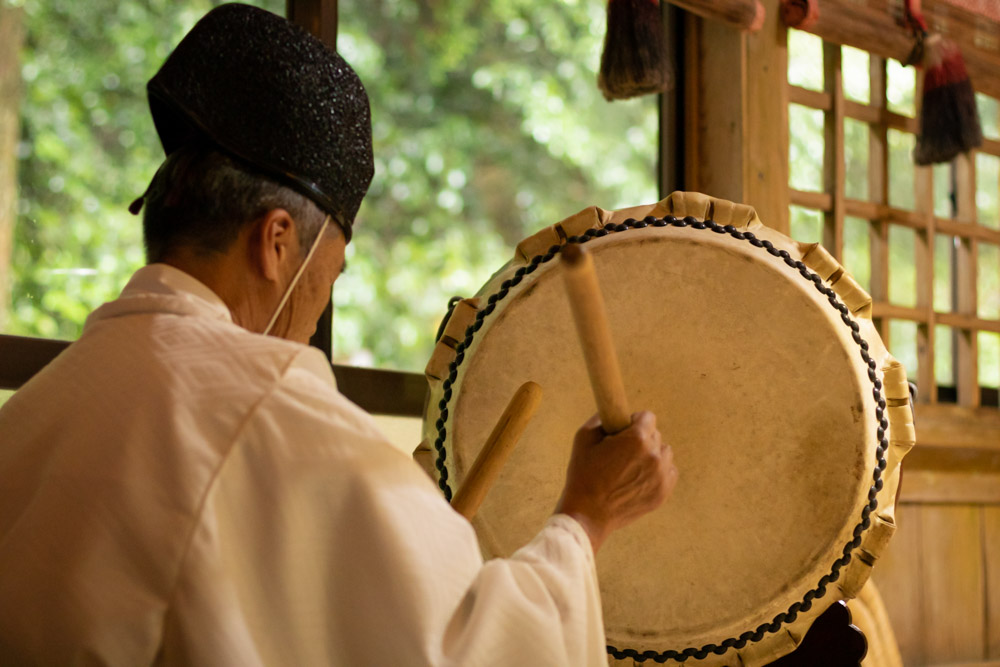 A taiko performance is part of the ritual. The low sound of the drum can not only be heard, but also felt.

The beauty lies in the details. No matter the weather, the atmosphere is very special during the ritual. 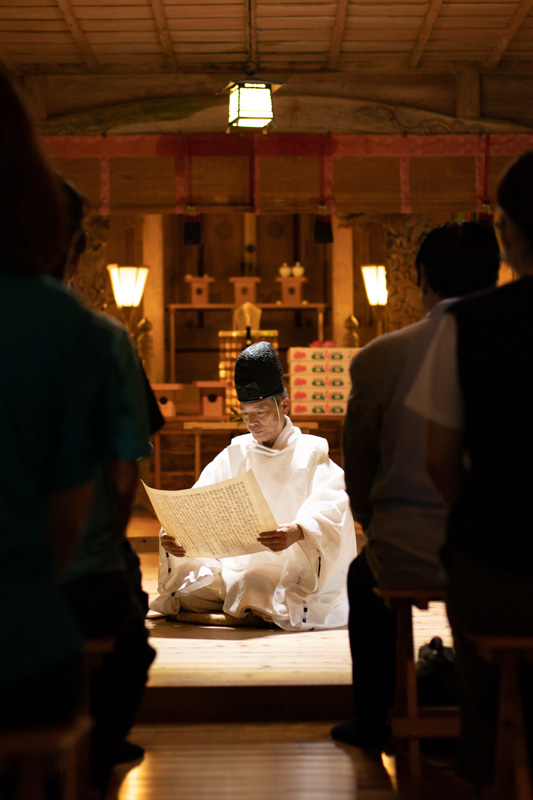 The priest recites old texts, half speaking half chanting. The old Japanese texts are difficult even for Japanese people to understand. But the priest gave a short insight into what sort of content he is reciting. 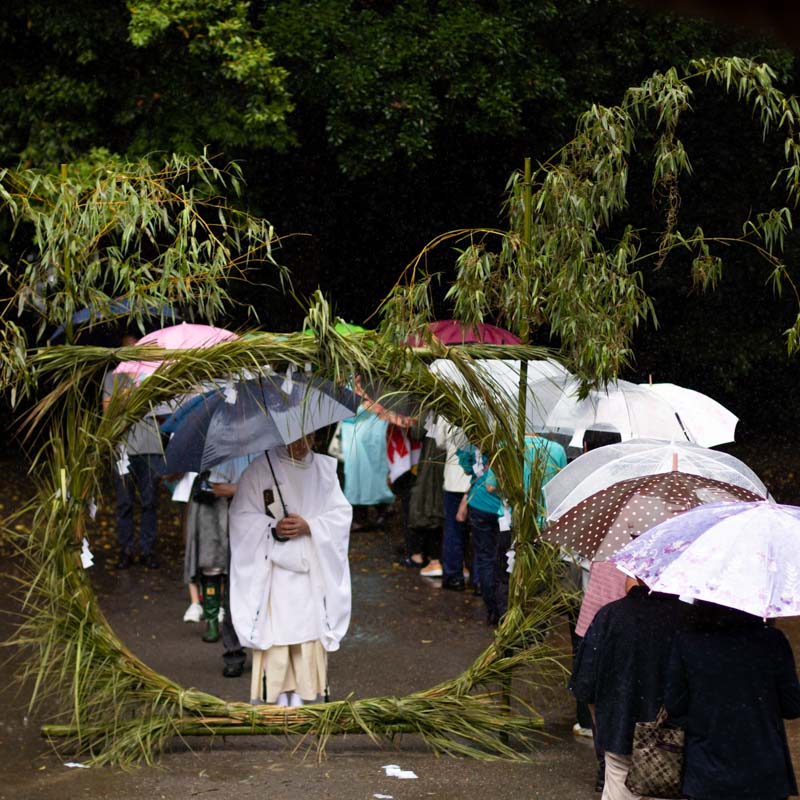 The ceremony finishes with the participants following after the priest through the Chinowa three times.